Last night I fried up some of the potatoes I grew this year. One was a relatively newly released potato called AmaRosa. It looked interesting to me because its skin as well as its flesh are red.

AmaRosa is described as a mid season fingerling-shaped tuber with red skin and red flesh that is ideal for microwaving, frying or baking. Also, chips made from AmaRosa retain their rosy color and resist fading. Photos and information at PVMI (link here), show it as very deep red. I bought them from Fedco/Moose Tubers. They said the tubers were bigger than a fingerling in their trials.

Anyway, I really like the color, but for me the flesh was pale pink, not red. It stayed pink after frying. I had a bad year for all my potatoes (last year – drought and poor soil prep), but it was as big as any of my potatoes. I suppose the drought or my soil may have affected the color. It’s a potato I might grow again.

I usually grow many potato varieties, but next year I’m thinking of growing just one – Green Mountain, which is a nice all-purpose potato. I’m not sure if I can really stick to this – I always want to squeeze in a few more plants and try other varieties. 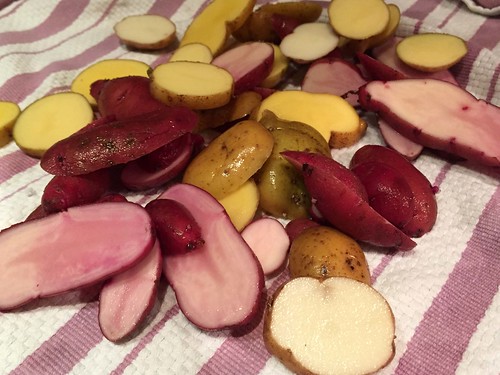 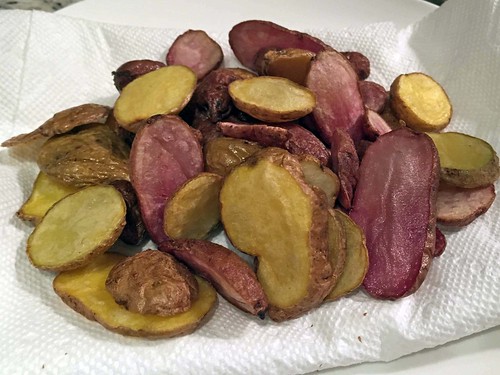