are they getting ready to swarm?

http://erapa.co.uk/wp-json/wp/v2/pages/732 Yesterday I inspected my two new bee hives. It’s the first time I’ve gone two weeks between inspections so I was really curious what I would find. One hive looks perfect and just as I expected. It’s 70% full, ready for a mite treatment and then a honey super. Maybe both at once.

neurontin 300 mg dosage The other hive – well, not so good. The top box looked nice: I saw the queen and lots of eggs and larvae she had laid. Lots of stored food. But the bottom box was different. Pulling and checking frames from right to left I came across a single dark queen succession cell. A wax igloo in the middle of the frame. This frame and the next 3 or 4, were surprisingly inactive. These are built out frames that had been used for brood, but now no eggs, larvae, or nectar. Maybe a bit of yellow-brown stuff (pollen?) at the bottom? (I’ll go back and photograph this today as I am wondering now if its foul brood or some other disease.) 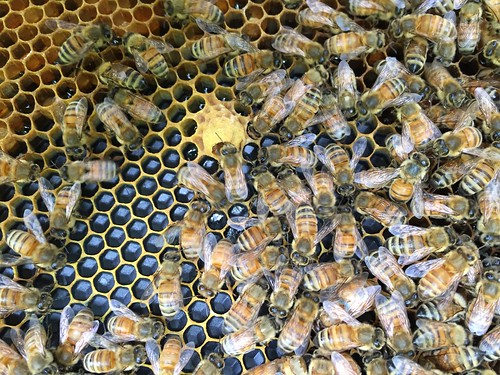 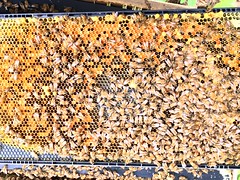 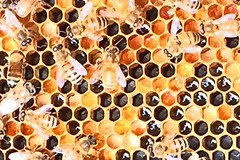 But that single queen succession cell seemed to make sense. Maybe my original queen can’t keep up laying eggs in all the cells. BUT then, on the next frame, about 20 light colored queen swarm cells hanging down the center sideways and off the edges! So are they are planning to swarm! And succeed? Both? 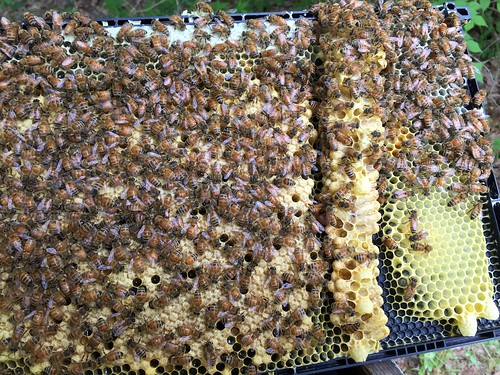 What I think I’ll do next (tomorrow) is (1) photograph those funny yellow-brown cells closer and see if a problem. Maybe I need to take them out. (2) Try to create more space in case they are is considering swarming due to crowding. I will move unused outer frames inward and adding a honey super. I am deciding whether to remove the queen swarm cells. A friend said she can lend me equipment if I do need to catch a swarm. But it may make sense to remove whatever swarm cells I can, leaving the succession cells.