I planted this kale early last spring. It was bitter when tasted it in September. Not now. It made one of the best bowls of soup I’ve ever had. 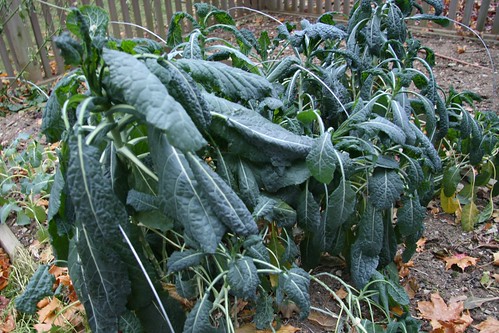 We’ve had several good cold nights now, which helps improve the flavor of kale. Today, at 25F, as our first serious snow started to fall, I picked a big bunch. Since I also had some nice dried beans from my summer garden, I opened my Portuguese kale soup recipe. 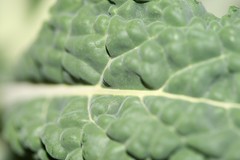 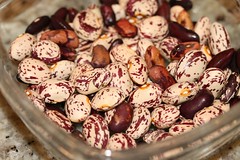 Back in September and October, when these beans ripened, I didn’t have time to do anything with them. I threw them in a bowl, put it in the basement and forgot about them. Now they are beautifully dried. I shelled both “tongues of fire” cranberry horticultural beans and green beans “Provider ” and “Maxibel”. 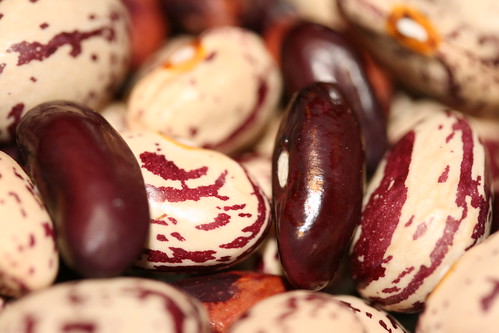 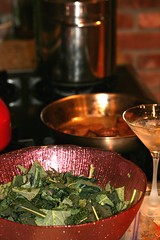 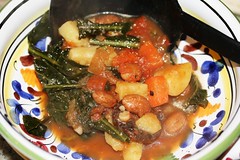 Strip leaves from washed kale. Cut diagonally into wide slices. Wash, peel and chop potatoes. Cut sausage into slices, cook and drain fat. In soup pot, saute onions, carrots and garlic in oil and butter, until softened – about 5 minutes. Add potatoes and broth. Simmer partially covered 10-15 minutes or until the potatoes are cooked. Stir in tomatoes and beans. Simmer 5-10 minutes. Add kale and sausage then cook 5-10 minutes. Season to taste. 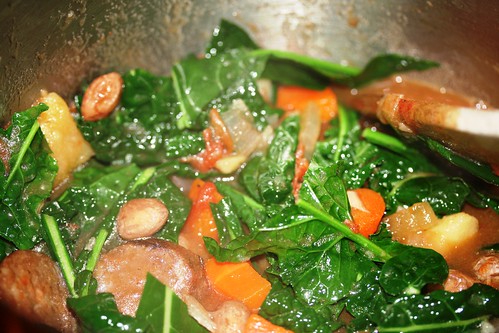 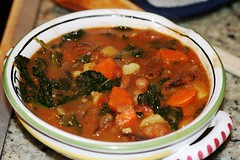 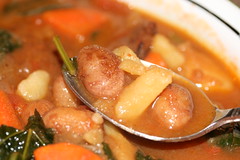 I do have to comment on how delicious the beans were. These were very easy to grow