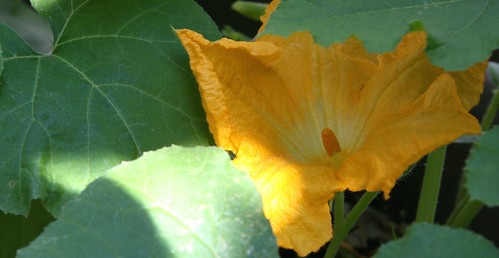 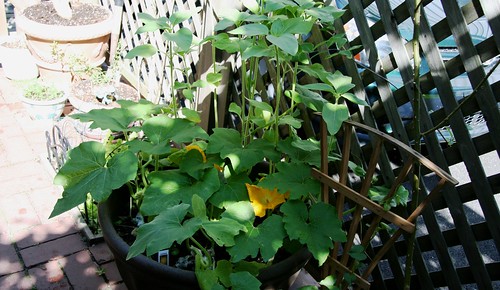 Lots of big orange pumpkin flowers have begun to bloom this week. They open early in the morning. All male flowers so far.

Last year I planted pumpkins in a big pot and they shriveled and died in the heat of mid July. I told myself, no more potted pumpkins. But here it is – pumpkins in a pot. (Where did I read about the folly and eternal optimism of gardeners?) This year they are in a bigger pot, nice potting soil (instead of last year’s garden soil) and they are in semi shade. I have planted them with sunflowers, which they are climbing up. So far, so good. I actually have two big pots with pumpkins and sunflowers. One pot has vines I think are pumpkins (they sprouted in my compost bin), the other has a variety called Howden that I purchased as seedlings.