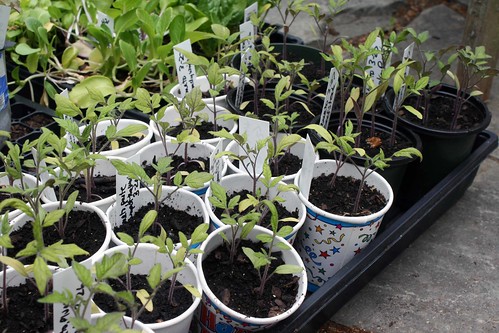 This year I used an organic potting mix for the first time. I didn’t realize that it would be any different and forgot I had made the change. When I bought the soil, I was really happy that the big bags sold at Costco were organic. Later I began to wonder why my tomatoes weren’t growing as fast and were pale. The onions got yellow at the tips. Some things grew just as well: the peas and even the peppers. The main problem was really the tomatoes. In addition to the organic soil, I seeded them in smaller pots than usual.

Finally it occurred to me that they needed more nutrients. I transplanted them to bigger pots (birthday party cups!) and gave them some fish emulsion. I want to get them planted out in the garden soon in a bed with lots of compost and some TomatoTone. 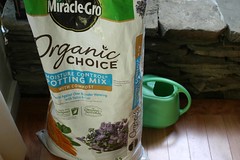 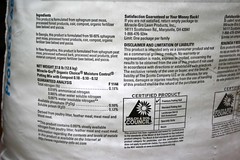