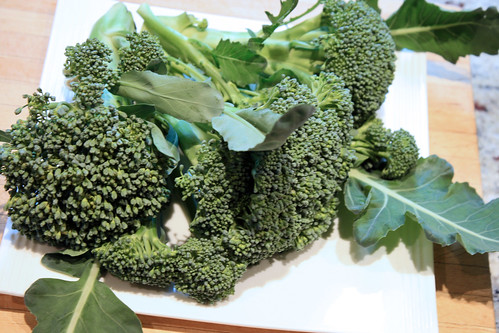 This is from seed I started last August. It grows in my cold frame until late October, then hangs out during the winter – not enough sun to grow. In early March it takes off again. Then gives us a very early harvest.

However, this year I learned what not to do. I should have transplanted it out of the cold frame in April. The frame gets too hot too fast for broccoli and most of the plants buttoned. They made tiny little button heads and I was so mad I pulled them out and composted them. These three heads grew on plants at the edges and gave marginally nice heads. I steamed one of them up for dinner last night and it was tasty.

The broccoli variety I have been growing is called Diplomat. As I was doing some unrelated task it occurred to me why someone would use this name for a broccoli: the big head – of course! Very funny. (except when it buttons…..)