thick cover of clover and rye 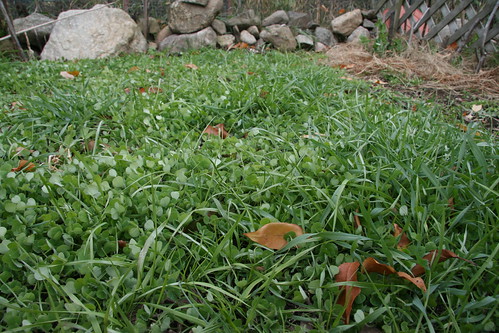 I’m pleased with the patch of green manure I planted early this fall. The clover and rye did very well though the field peas and vetch didn’t do much. My later sowings (too late) did not sprout as well.

Previous Post
video – white house veggie garden
Next Post
but what kind of puppy will he get?
Menu