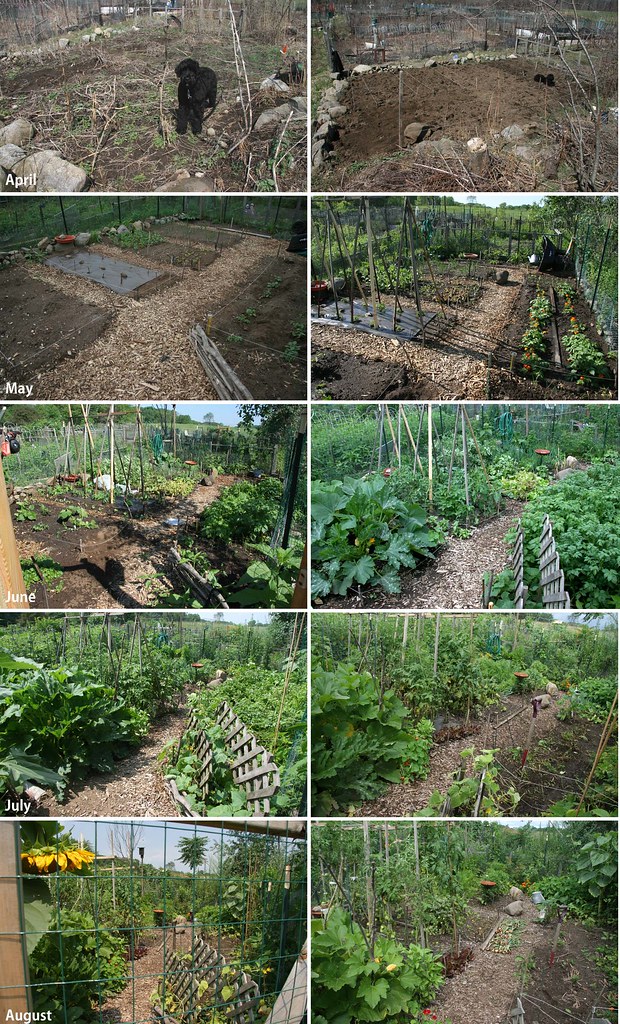 Back in April of this year, I was assigned a plot at my local community garden. A high point for me. A new garden is an empty canvas, a new adventure, and a lot of work. Now its August. Four months have gone by very fast. It seems like a good time to put together a series of photos and see what’s what.

Then came an unusually hot and wet July. Many of my mid- and late-summer crops did not fare so well. My peas produced almost nothing, soy beans were eaten by critters, tomatoes succumbed to leaf spot and cucumbers failed since I forgot to fertilize and lime their patch. But other crops did and are still doing super. I have nice harvests of potatoes, onions, carrots, beets, beans, kale and summer squash.

The seasons go on and August moves toward autumn. I’m planting fall greens and watching my pumpkins and large squashes ripen on their vines. And I’m planning what I’ll do differently next year. I asked for and was given permission to expand my garden to the east. Maybe another 10 feet or so. A project for the late fall and spring. I have visions of a small asparagus bed and more space between my tomato plants.

It seems like a good time to reflect on the way a garden is always changing. Gardening is a mix of planning and memories. I feel better that I can capture at least some of it in photographs.