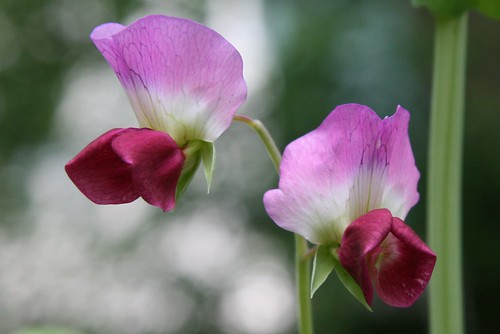 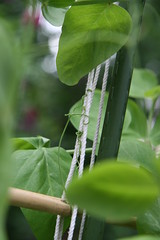 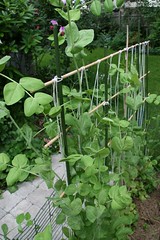 I’m enjoying watching this beautiful pea in my garden. The Capucijner pea is a field pea, a variety specifically grown for drying. Here’s some information I found about them: “During the late Middle Ages, Capuchin monks in Holland and northern Germany devoted considerable energy to the improvement of field peas for agricultural purposes. This has resulted in a group of large-seeded gray peas referred to as Capuchin, especially those from the Netherlands where the breeding of new pea varieties became a national pastime by the early 1600s. One of the classic peas from this group and one which dates from the 1500s is the handsome blue pod Capucijner, a soup pea growing on six-foot (two m) vines.” (source) My dad can pronounce the Dutch name just fine, but I wouldn’t even dare to try.