bushes by the house 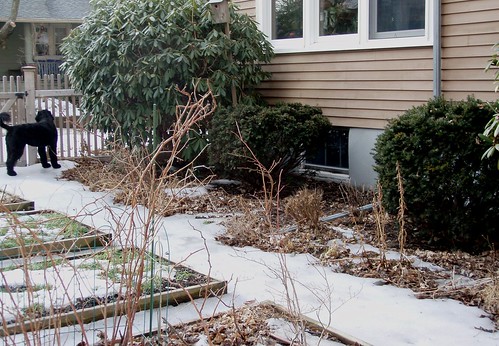 These are the bushes I’d like to remove this spring. Definitely the two (rhodo and yew) to the left, and maybe also the yew at the right. There’s also a very overgrown yew just out of sight behind the big rhododendron, which will also come out. I’ve also been thinking about removing the raspberry and blueberry bushes in the foreground. (Maybe too much removal for one year…) The berries are about 10 years old and did well for several years, but not recently.

My dad would like the rhodo and maybe a yew. Another small yew I may move into a space at the back side of our house. We’ve been thinking about how we will remove these plants. We’ll need to leave a root ball. The plants are pretty big. Maybe they’ll make it, maybe not. The main thing is to remove them and make additional vegetable garden space.