mixed up pumpkins and squashes 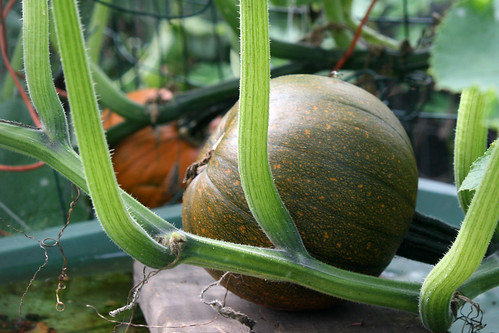 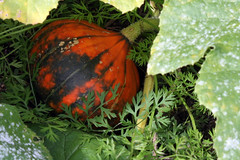 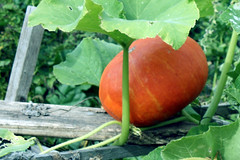 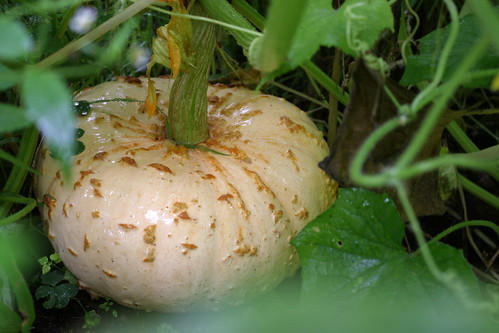 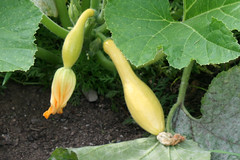 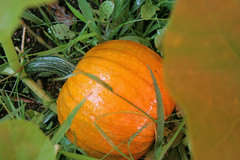 I raised many varieties of pumpkins, squashes, cucumbers and winter squashes from seeds this year and it seems I did a bad job of labeling….

The giant pumpkins I gave my parents grew into yellow summer squash, cucumbers ended up in the middle of the pumpkin bed, and giant 80 pound pumpkins are now hanging from my parents’ little mesh garden fence.

I can’t think of how this happened!!! I wrote a label for each. Maybe it was that late night transplanting. Or the rushed 2nd re-potting. Next year – next year….

Photos of the giant (70 kg!!) pumpkins are below (I think). They have an unusual squashy stem and color is bright orange/yellow. They’re about 10 lbs in weight(my guess) so far. They were meant to be planted in my parents’ front yard to sprawl where they wanted, but ended up on the fine mesh deer fence of the vegetable garden and are pulling it down as they gain weight. The prolific vines have made a beautiful wall of green at the front of the garden. My parents need to part the leaves to enter. It feels kind of like Alice in Wonderland walking into another world. So far there are about 2 big pumpkins and 5 or 8 smaller ones forming. I am wondering how big they will get!!! 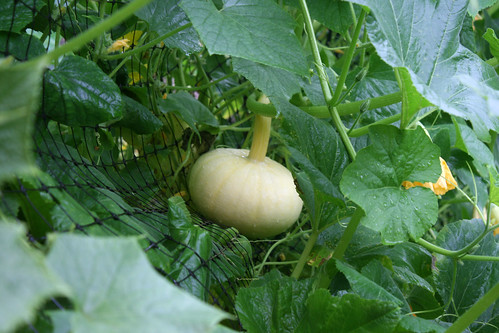 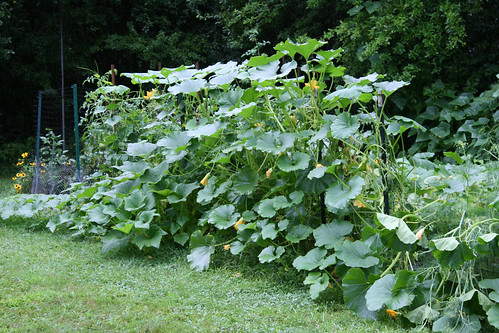 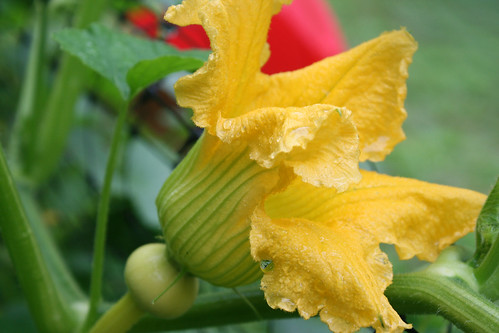